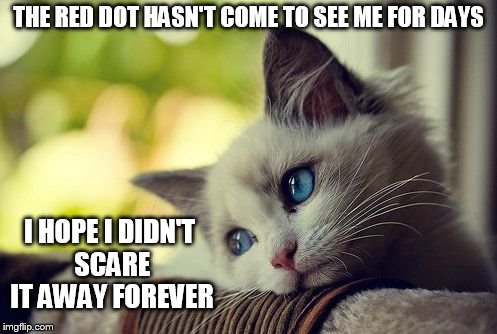 7 thoughts on “Addicted to the Dot.”