Last week had it’s holes.  I fell into the abyss on Tuesday.  Hard.  And unexpectedly.  I was feeling like I had avoided the usual reaction to my failure to visit with family last weekend.  I refused to wallow in my shame.  On Sunday I got quite a bit done around the house in the Noticeable Improvement Process.  On Monday I had a decent day at work.

And on Tuesday the reaction set in.  Stillness took over.  I called into work, which then feeds even more shame to the depression.

However, routine and a friend saved me.  I walk 3X a week with a friend.  In the mornings before work.  And on Wednesday, I woke up feeling all the weight of the depression but also the standard of early wake up for the walk and the expectation of my friend.  And those two things made me move.  I was not a happy mover but I moved.  And I went to work.

The worst part of depression is how much risk it puts me in for my job.  I’ve already lost one job to it.  Which ultimately led to homelessness.   And I just cannot lose this one.  I feel like there isn’t another opportunity for me after this.

So.  Despite Saturday being a black hole of misery and stillness, today will not be.  I will move.  The primary thing I’m going to do is go to the Farmer’s Market and buy some tomatoes and corn.  Because that will give me pleasure all week.  It also will make me get dressed.  Which I find is key to me getting stuff done.

I’ve decided I want to do a journal.  Geared around my theme for life.  Better.  That’s it.  Just everyday – make it better than it was.  Whether it’s my environment, my routine, my job, my health.  Whatever.  Better.  Not perfect.  Not 100%.  Better than it was.

It’s easy to think I’m going to do that – but I find it’s also easy to forget.  If I journal then I hold myself accountable.  I listen to a podcast called Cortex that talks about living life around a theme and using a journal.  I think I will use their journal solution.  So.  That’s the plan.

I was supposed to visit with family this weekend and did not.  Cousins were in from out of town.  Another cousin, local, is recovering from a liver transplant.  It was a good time to touch base and connect with family.

I skipped it.  This is a side effect of my depression.  I isolate.  Also any change in routine is hard for me to do.  It’s like I’m riding in a rut and I have to jump over the ruts to get into a new path.  The problem is that the ruts are deep because my brain’s preference is for the rut I’m in.  And so what appears to be a simple change is actually the mental equivalent of an Olympic high jump for me.

It’s the same thing that keeps me still when I can’t seem to get myself moving.  When I can’t get out of bed at all.   But in those times it’s more of a jump across a chasm in the dark.

This is why therapy works.  Because if you starve depression of it’s fodder by changing your thought patterns and actions it recedes.  It’s not gone.  I’ve pretty well accepted that it will never be gone, but if I can gain control over actions and choices,  I’m no longer a marionette enslaved to the depression’s pulled strings.

This weekend I let it pull my strings.  I know why.  I was tired on Friday night and when I’m tired my ability to use will power to change course is weak at best.  Saturday I let myself sit still for too long.  And the rut got deep.  Then I let my thoughts justify the stillness and feed the depression.  And in the end,  I didn’t do a thing that matters.

So, about a month ago, I discovered I’m not paying my taxes.  I was a bit startled as it appears to me that my checks are significantly reduced by various forms of governmental dipping.

Also surprised because I filled out the apparently necessary forms and what-nots that are required, because removing money from your check is not a sufficiently painful process and so once a year we all have to pour alcohol on the wound by filing forms. 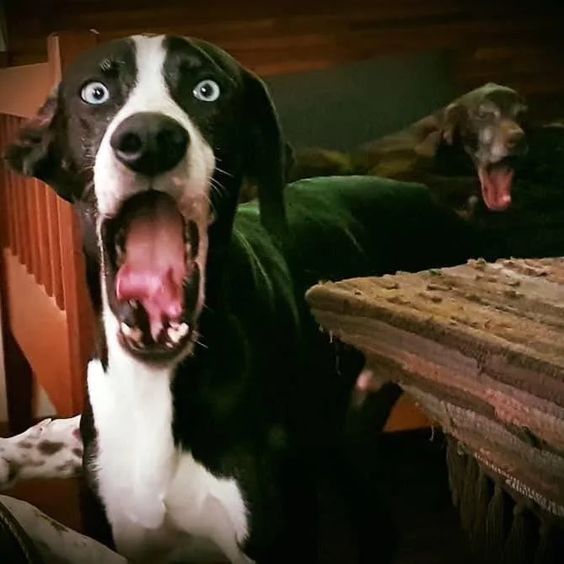 But despite enduring these things and finding at least nominal comfort in the  necessity of these monies being contributed to civilization maintenance purportedly done by the government; I have found that my city has an income tax.  But I have never had to fill out a City Tax Form.  I never knew it existed. Damn online tax filing services.

Also, why the fuck hasn’t the City been writing me nasty letters?  No wonder there are potholes with active fishing in this city.  No one is collecting the damn taxes.

My employer is not removing the tax from my check because I don’t live where I work.  Despite this being common in the US, it makes it complicated that I live in one City, State and work in a different City, State.

This has been happening for 6 years.  I’m not saying it’s terrifying, but I have been chased by bears with briefcases in my dreams fairly regularly since I realized this. 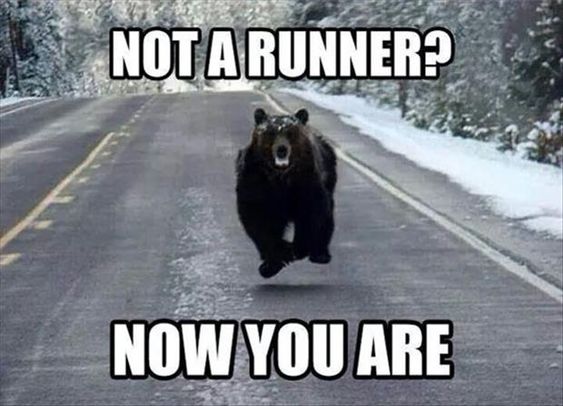 After doing some reading of the not entirely detailed description of these taxes, I am hoping, deeply, that the taxes I paid to the city where I work will be reciprocal to where I live.   Particularly because the taxes where I work are higher than where I live so in that case I owe nothing.

This would definitely be the case if I worked and lived in the same state.  It would also be the case if this was state tax.  But it’s City Tax in different states and reading up on that situation makes it just unclear enough to make me want to cry helplessly in a corner.

But I am happily in possession of a small amount of clear brain right now.  And so tomorrow I am taking the day off and making sure I don’t owe the city hundreds or thousands of dollars in back taxes, penalties and interest.   City Hall, here I come. 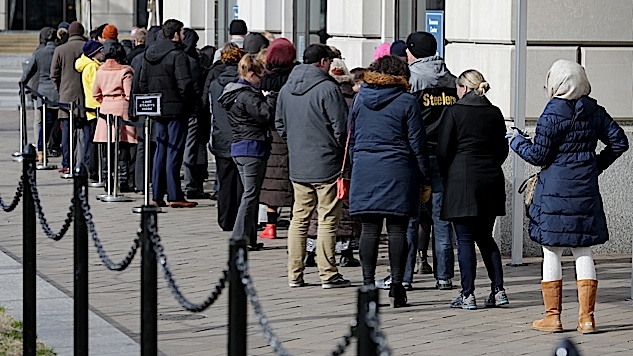 I have been on the struggle bus for a year.  My brain, despite  various medication adjustments, just doesn’t want to climb out of the Abyss.   My focus sucks. Brain Grenades are a constant.  Stillness is prevalent.   My routines are the only thing I’ve held on to.

But those routines don’t keep the chaos at bay.  And when you ignore everything but cat care and taking out the kitchen garbage – the rest of the home slowly dissolves.

Every weekend I am sure I’m going to implement some improvement to my living space that will make it less chaotic.  Because I know that this mess is feeding my depression.  And every weekend, I don’t get out of the bed.  And things continue on, slowly creeping down the tube.

But that just made a new thing to add to the pile of things I SHOULD do when I my brain was stuck in stillness and my body was stuck in the bed.

Then 3 weeks ago I splurged on a desk chair because the one I had was deeply uncomfortable – possibly due to having a distinct lean and no arms.  Curbside pickups have these issues.  I bought a new one at Staples.  They shipped it and I wasn’t home, so it was sent to an alternative location down the street from me.  No big deal.  Except when I picked it up – the box was just big enough and just heavy enough to be hard to handle.  If it had been smaller, it wouldn’t have been a problem.  If it had been lighter I could probably have managed – the but the combo made it hard.

The box lived in my car for 2 weeks as various friends offered to come over and help.  But that meant the apartment needed to be cleaned before I could accept their help.  So I refused.  I finally bought one of those clever straps with handles.  I had it for a week and still didn’t drag the damn box upstairs.

Then finally – last Thursday – I just did it.  And, like all such things, it turned out to be much easier than I expected.  The strappy handle was a miracle – heavily recommend to anyone.

But then the next obstacle – unbox and put together.  The plan was to do it on Saturday.  Nope.  Then Sunday.  I tricked my brain on Sunday by going to the Farmers Market.  It made me get dressed and get moving.  Once my brain was in that mode, I managed to unbox the chair.  But not assemble it.  So now – the apartment was not just fuzzy with cat hair – it was strewn with cardboard, plastic wrap and chair parts.  I went to bed depressed.

The next morning I was feeling a bit better.  Perhaps the small step had helped me.  Then my friend Chad started to text me.  Chad does more in an hour than I have done in the last year.  I wish I was as competent at ANYTHING as Chad is at every damn thing.  As we bantered over text and he shared his various chores I began to get a less heavy feeling about all my tasks.  And so I put together the chair.

I felt like a DIY god.  I get that feeling every time I have to assemble something and manage to do it.  I actually like assembling these sorts of things.  They are geared toward my skill level – ie none.  And yet somehow I manage to have a fully functional chair or whatever – when I’m done. 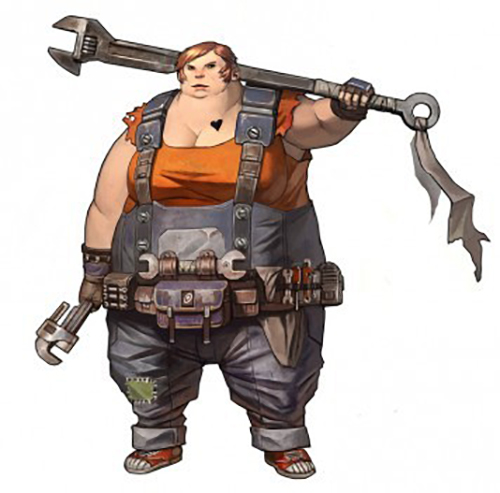 I took that accomplishment energy and threw it into doing a bit of noticeable improvement to my apartment – vacuuming and sweeping.  I pulled together a couple of loads of laundry but was defeated by a neighbor doing it when I took it down.  I was going to do it this morning and completely forgot until I typed this.  My brain.  And then spent 4.5 hours doing work from home.  So I have a head start on what promised to be 2 days of busy busy work.

Today I woke up felt so much less of the weight on my shoulders.  The constant low level anxiety dreams still exist.  But the waking up was much less like the world was ending.  And day itself seems perfectly doable.

Sometimes clearing one obstacle, even if it’s not an obstacle you think is causing your problems, clears the path to a better place.   I hope this is path lasts a good long time.  It would be nice to get to a better place and stay for awhile. 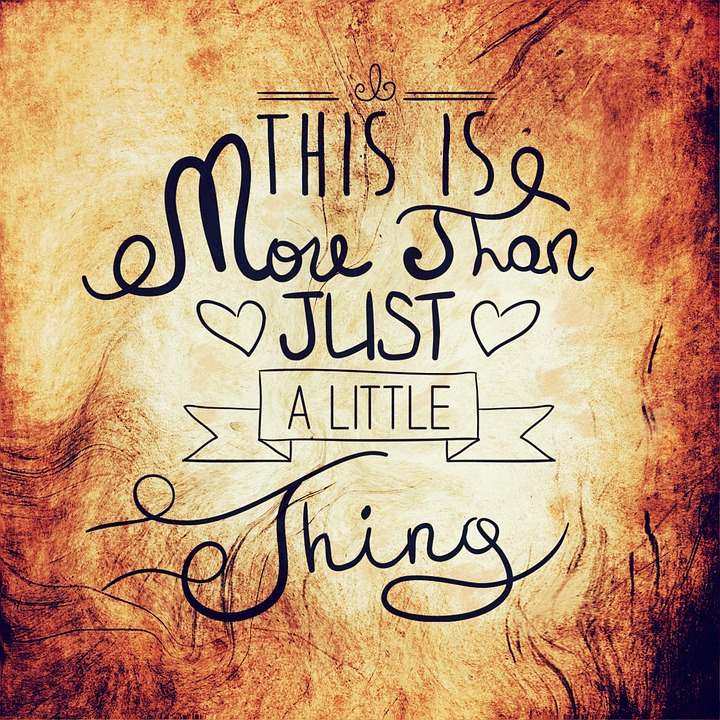