The tomato has been planted in it’s ginormous pot.  Pot has been placed on it’s stand.  I have sustained a life threatening injury, that seemed minor in the whole accomplishment.

I cut myself.  There was not a knife within 20 yards of me, but I managed it on wire.  Rusty wire.  I expect to die by the end of the week.  But the tomato is outside in it’s home.

Flowers have been purchased.  I spent too much by going to a small local landscaping company that had a small selection of expensive flowers.  But all of them were in great shape and since I don’t really have a ton of space to fill, it really wasn’t outrageously expensive.  But key to the experience – NO CROWD.

Next Year: All plants with the exception of the tomato will be purchased in the pot they will live the rest of their life in.

I dumped a nearly done planted pot on the ground, probably killing both plants in it.  It obviously needed to be repotted again.  I like putting things directly into the ground.  You can’t drop the ground.  Just saying.  I miss the ground.

I ruined a beloved t-shirt, possibly for even longer than til I wash it next.  Which won’t be today because instead of laundry I did balcony gardening.  Shut up.  Multi-tasking is a loser’s game.

I had a total of 6 plants to pot.  SIX.  In 4 pots.  And I made a mess that rivals people with gardens that cover acres.  And I still have to clean it up!! grrrrrr.

More accurately,  it’s not as pretty as I magically thought it would be since I did not put any pre-thought into it and it shows.  Planning.  It’s so simple and generally enjoyable.  I’m not sure why I didn’t indulge in it.

Next year will be different.

I’m seriously considering throwing away every damn thing but the tomato, although it’s what I cut myself on.  And I still haven’t netted it.

Remember when I was excited to balcony garden??!!   I used to enjoy this.  I don’t know what happened. 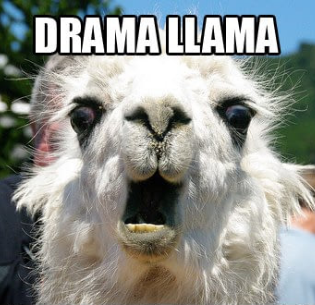 Over on tumblr everyone is sharing stories about their mom.  Most of them are affectionate and grateful.

Some are justifiable not.

It brings to mind the fact that being a mother is not a sanctifying event.  Any one with the working organs and a sperm donor can be one.  Indeed, anyone who adopts or fosters can be one.  For millennia it has been a role given by default rather than intent as though parenting isn’t one of the most important roles a human can have.

One of the more inane defenses of Huckabee Sanders is “She’s a mother.”  As though that has ANYTHING AT ALL to do with criticism aimed at her.  As though being a mother is get of out a mess free card.

But of course it’s not.  Nor are women naturally predisposed to be great mothers.  Motherhood is a daunting, exhausting, psychologically and emotionally scarring role and there is little preparation given to the VAST MAJORITY of women who become mothers.  The fact that so many of them do it well enough to continue the species and for that species to have achieved what it has to date, is the greatest achievement of women as a whole.  But it is NOT the only thing any individual woman is.

It’s daunting to be handed the responsibility for another life when your own feels out of control.  And many face motherhood on those terms.

It’s daunting to raise a contributing member of society when no one did the same for you and you struggle merely to make it through a day.  There is no escape from motherhood except in death.  You mostly can’t quit unless you do it up front.

I’m not a mother.  I was raised by one who faced the daunting task under the burden of alcoholism.  It did not always go well.  But she managed it.   And she taught me a great many things that I still hold inside me as foundations of who I am.  And in the end, she managed to dry out and I met my mother at age 21, someone different than I had lived with in childhood.   The person who overcame addiction and redirected her life was not just a mother.  She was a woman.  Who had children and did her best with them.

I worry when we reduce women to motherhood.  To some unattainable sainthood that has little depth and no soul.  A woman, can also be a mother.  But motherhood is only part of who she is.  She is a complexity of things and sometimes those things make motherhood a mess. Sometimes they make it wonderful.

Some of us aren’t mothers.  But we are assumed to be.  I got wished Happy Mothers Day 3 times today.  I’m a middle aged woman.  It is assumed that I must be a mother.

People assume this because we have reduced women to a monostate that doesn’t begin to scratch the surface of her.   We have raised motherhood to a state of sanctity that no woman could achieve and quite a number dismally fail.  We would be better off as a civilization if we treated motherhood as a hard role, that requires training and support.  Instead we pretend they are born with the knowledge. No one can see the souls and hearts and the dreams of the women raising our species because the reflection off the shiny MOTHER ideal dazzles us.

My downstairs neighbor moved out in December.

Yesterday someone finally moved in downstairs, so I have go back to feeling guilty everytime I walk around in my creaky apartment.

Seriously – the creakiness of this apartment is louder than a vuvuzela. I’m sure it would drive me crazy if I lived below me.

But I can’t very well not walk around so…

Anyway – about the neighbor.  It’s a man, about my age I think.  Seems super friendly.  Which, because I’m antisocial, makes me nervous.  I don’t actually want to interact heavily with my neighbors.  Saying hello once a month because we meet in the hall or whatever is the extent of how much I want to chat.

But he strikes me as an extravert who will want to get to know the neighbors.  I could be wrong.  Today was his first day.  You always want to seem friendly when you meet people.

He has a pot of flowering plants already on the balcony – which seems like a very positive note.

I don’t think he is deaf, which was my only real hope for the new neighbor.  Hopefully he won’t be driven to distraction by the cats and I walking around. I’’m up 3-5x a night.  So.  sigh.

I really don’t think deafness was too much to ask for.  I didn’t want total deafness, just someone with hearing aids, who would be unlikely to notice me or the cats stomping around.  Of course that would mean loud TV, so maybe it’s just as well.

I’ll just deal with the ongoing guilt/shame of living in my apartment and bothering someone with my very existence.  Welcome to the crazy corner of my mental state.