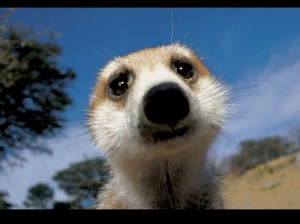 There are a large number of utterly silly things that my brain has shoved into the SHAME folder.

I recognize that its silly. I even recognize that pulling the stuff out of the folder and introducing them to the public at large would eventually eliminate the SHAME folder all together.

But SHAME is something of a habit. A process of expectations about what will happen if these things are mentioned and so…

The first of the Silly Shame files is Farts.
I fart. I would love to meet people and start the conversation by saying, “Hi, I’m Sara and I fart. Sometimes I fart unexpectedly and uncontrollably and at conspicuously odd moments. I feel I should just mention that up front.” Put it on top of the rug with the coffee table rather than sweep it under with the dust bunnies.

As things currently stand, I fart and then don’t mention it. Obviously everyone heard it. No one says anything because I didn’t. And then it just there. The gaseous elephant in the room.

I mean I suppose I could google it, but then I would have to remember to erase the internet history and we are back at the SHAME folder again. Because no one should discuss this… I guess.

The third of the Silly Shame Files is I used to have a damn good career. I know,whose ashamed of that, right? Well, its more nuanced than that. Because if people know I used to have a damn fine career, making good money, heading to the corner office with actual door and officer parking. They will want to know why I’m now working a low paying job with no benefit and no future. And there it is – SHAME.

I have failed. I’m failing. I’m a mess. Actually the ‘I’m a mess’ part sums up the shame I would like to introduce and drag its kicking and screaming ass out into the light.

Cross me off the guest list.  Its best for everyone. `

8 thoughts on “Farts, Vibrators and Careers”